The letter calls on the Department of Justice to withdraw three Office of Legal Counsel (OLC) opinions pertaining to Presidential war powers. It further explains why rescission of these opinions restores the proper functioning of the Executive Branch and would not curtail any of the President’s constitutionally-prescribed war powers.

Reining in the unchecked expansion of Presidential war powers is a key concern for PRP, and this letter outlines a concrete step toward reform DOJ has in its own power to act upon. From the letter:

Withdrawing the three opinions in question would not constrain the President in any way material to the national security interest.  Keeping the opinions on the books, by contrast, invites irresponsible uses of presidential power by the President and other executive branch actors, and strains OLC’s credibility as a principled legal decision maker. 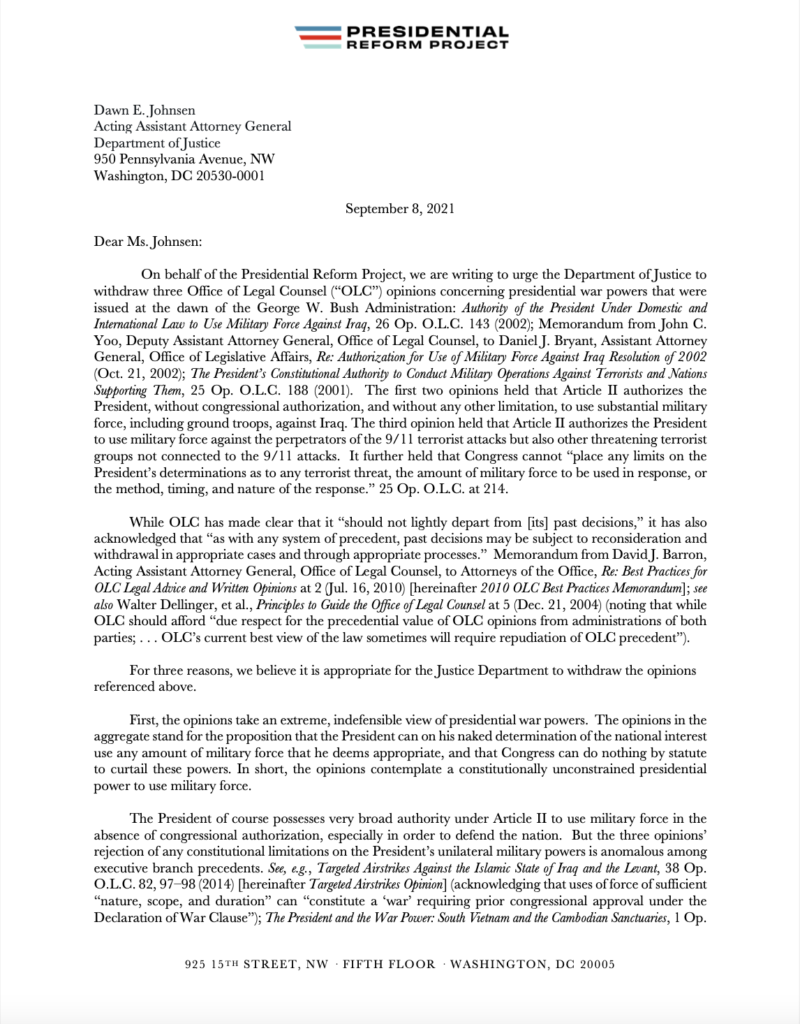